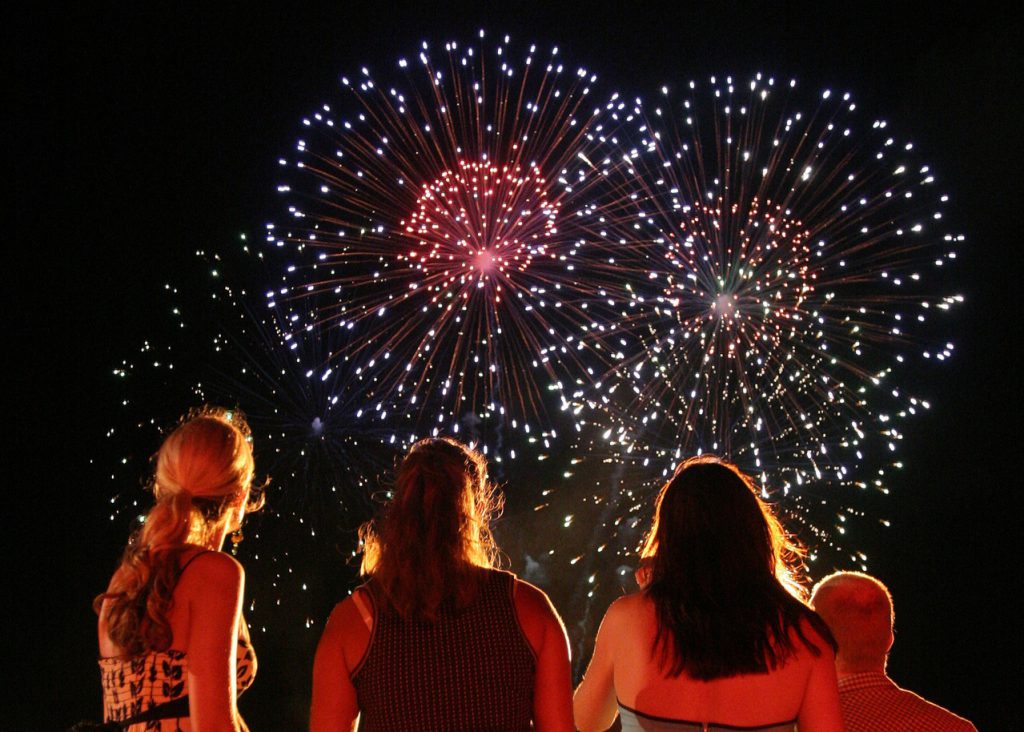 Everybody loves fireworks! Celebrate Independence Day by checking out some of the best 4th of July firework shows in the U.S.

After Philadelphia launched America’s first 4th of July fireworks display in 1777, just one year after the signing of the Declaration of Independence, these shows, featuring amazing pyrotechnics, became the mainstay of all U.S. Independence Day traditions.

Along with family gatherings and outdoor barbecues, firework shows are among my favorite things to do when celebrating the 4th of July. It’s always such fun, lying on the grass with friends and family, enjoying a magnificently choreographed display that dances and shimmers in the night sky. Absolutely beautiful!

I’ve watched and researched quite a few firework shows over the years and have put together this list of what I personally consider to be among the best 4th of July firework shows in the U.S. If you have the opportunity, these shows are definitely a sight to behold!

What better place to celebrate Independence Day than at our nation’s capital in Washington D.C.

This patriotic event is one of the best spots to see fireworks in the Washington D.C. area. Each year thousands of tourists and locals gather to experience this annual illumination celebration. If you’re anywhere in the northeast, it may be worth the trip to see this incredible display.

With over 40,000 fireworks lighting up the night sky, the Macy’s 4th of July Fireworks Spectacular is the nation’s largest pyrotechnic display. Impressive!

Taking place over the Hudson River, this 4th of July event attracts people from all over the country. It’s a breathtaking show that takes place just outside one of the most fascinating cities in the world. If you’re anywhere near NYC this holiday, be sure not to miss this incredible show.

This spectacular display of fireworks is considered to be one of the largest shows on the west coast. In fact, the estimated attendance for the Big Bay Boom in San Diego is between 300,000-500,000 people. Wow!

The fireworks are launched from four different barges, strategically located around the North San Diego Bay, and are beautifully synchronized to music broadcast live from a nearby radio station.

If you’re looking to be a part of one of the largest 4th of July firework shows in the country and you’re on the west coast this 4th of July, then the Big Bay Boom in San Diego, CA is just what you’re looking for.

As our company is headquartered in Lake Forest, IL, a northern suburb of Chicago, I’ve seen a lot of fireworks on Chicago’s beautiful lakefront. It’s worth the 30-mile drive, as the show is spectacular!

The Navy Pier firework show is the Windy City’s great 4th of July tradition. Taking place on Lake Michigan, Chicago is a destination for amazing fireworks that are perfectly synced to magnificent music.

If you’re looking for a legendary firework show in one of the most iconic cities in the U.S., come experience the patriotism on display at the Navy Pier right here in Chicago.

Of course, I’ve only listed a few of the best 4th of July firework shows throughout the United States. Do you have a favorite annual fireworks show? I’d love to hear all about it in the comments!