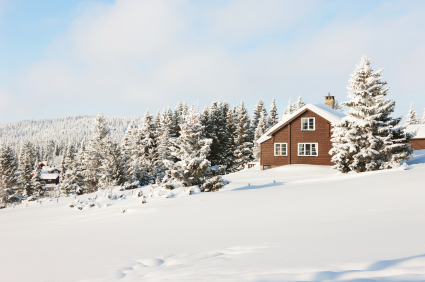 Christmas in Norway: This country is a mix of contradictions, from the darkness that shrouds Aurora in the north to Lillehammer in the south, where acres of spruce and pine trees line the graceful slopes.

In the early days, Christmas in Norway was hardly more than a festival that marked the transition from winter to spring. But there was good reason to celebrate: the northern portion of the country, called “the land of the midnight sun,” had been shrouded  in complete darkness. So when the mugs of juleol (beer) clinked and clanked, they made quite the commotion. Once again, people could literally see the light.

It’s time to remove your tourist sunglasses, for as Ornamentshop.com continues its global tour of Christmas traditions, it helps to remember that while the sun may not always rise in Norway because of its close proximity to the North Pole, some intriguing customs and superstitions keep it aglow with magic and wonder.

Christmas in Norway begins on December 13, which is St. Lucia Day. Many people consider Lucia an angel and light candles in her honor. The tradition also represents a desire for the return of the sun, since Lucia’s name, in Latin, means “light.”

Despite her angelic spirit, many Norwegians still fear that trolls roam the countryside between St. Lucia Day and Christmas. As they emerge from their caves, trolls are feared for their ferocity. Surprisingly, it’s the two-headed trolls who are thought to be the friendly ones.

To keep the nasty trolls at bay, many homes and farms are guarded by gnomes—as long as homeowners leave bowls of porridge outdoors to help them keep up their appetites.

Christmas in Norway: Teeming with Spruce and Pine Christmas Trees

Despite these influences, it would be difficult to keep Norwegians indoors during the Christmas season. After all, Norway is the most mountainous country in Europe, and with its vast forests of spruce and pine trees, it also features more Christmas trees than any other country in the world.

In fact, the Christmas tree is an important focal point on Christmas Eve, but not before church bells ring out at 5 p.m. to signal the official start of Christmas in Norway. Called ringe julen, or “ringing in Christmas,” families gather around their Christmas tree in a circle. One person picks up a gift and hands it to the recipient. Everyone watches as the gift is opened, and then another person circles the tree and repeats this custom until all the gifts are opened. Children usually have to wait until Christmas morning for their gifts, which are delivered by a small, jolly gnome named Julenissen (also known as Julesvenn).

Christmas spreads are vast, tasty and colorful, with the star attraction obviously being fish. Although the season continues until January 13, dinners held after Christmas Day intentionally feature foods that are all white and somewhat bland, such as lutefisk (a white fish), lefse (a Norwegian potato pancake) and creamed potatoes.

Why the switch? Because like their regard for St. Lucia, Norwegians wish to underscore the reason for the season. White, in other words, signifies purity.

Whether you wish to regard it as another irony or another distinction, Christmas in Norway is like no other.