There’s just something so magical about this Toadstool Ornament! Some people think that the Toadstool is a poisonous mushroom, but I like to think of it as a whimsical icon with “roots” in many different areas, such as pop culture, fairy gardening, and classic Fall décor. And, as of September 23rd, it’s officially Fall! That’s why I wanted to make this Toadstool Ornament to kick start my Fall decorating! 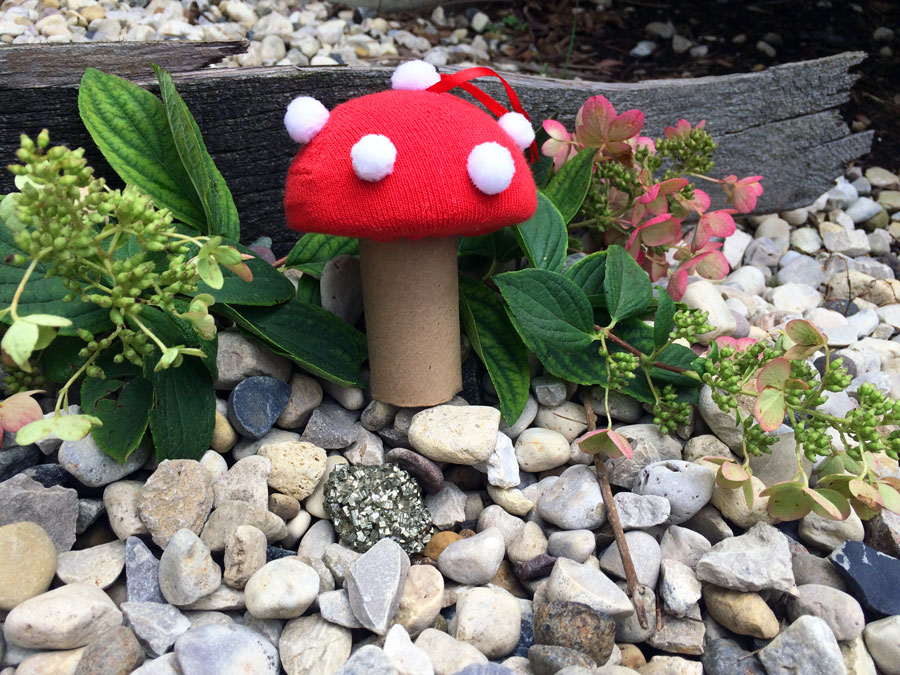 In addition to hanging this Toadstool Ornament from a Christmas Tree during the Holidays, it would also make a great addition to an indoor Fairy Garden! But, be careful with this ornament outdoors, this toadstool is NOT waterproof.

Toadstools have been appearing in pop culture for decades! Even the houses that the Smurfs lived in look like Toadstools. Any fan of this classic cartoon or the recent movie revival would love this Toadstool Ornament! Make it extra smurf-tastic when you make our DIY Smurfs Ornaments to go with it!

How To Make a DIY Toadstool Ornament

You can create this Toadstool Ornament with supplies you probably already have around the house! If you don’t have any white pom poms, you can use cotton balls instead. If they look too big, just take a pair of sharp scissors and trim it down to the size you like. 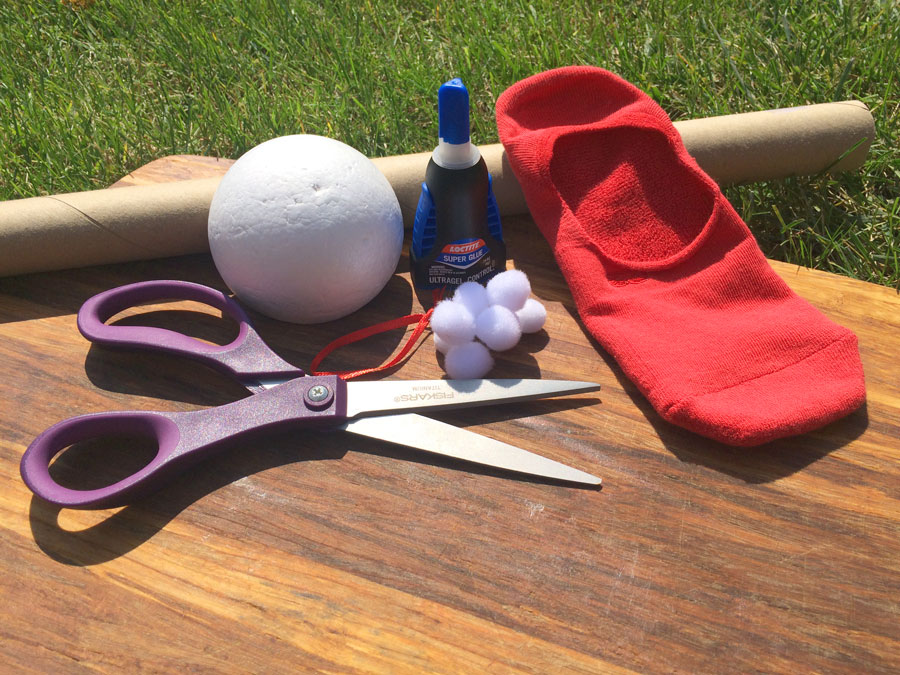 We’re going to start by creating the stalk of the mushroom which is made using a sturdy cardboard roll. I used an old wrapping paper roll because the circumference of the tube is more narrow than other cardboard rolls and I find that the material is strongest too.

Cut a 3-inch section from the cardboard roll.

The bright red of the mushroom cap is the most distinguishing feature of the Toadstool Ornament and it’s super simple to create! Create a bright red mushroom cap using floral foam and a red sock. Simply insert the floral foam inside the sock and tie it with a knot.

NOTE: I used a no-show short ankle sock, but if you have a regular sock that comes up past the ankle that works too! If you find that there is too much excess material, just give it a quick trim. But I would recommend waiting until after you’ve tied the knot to make any cuts. This will make it easier to tie the knot. 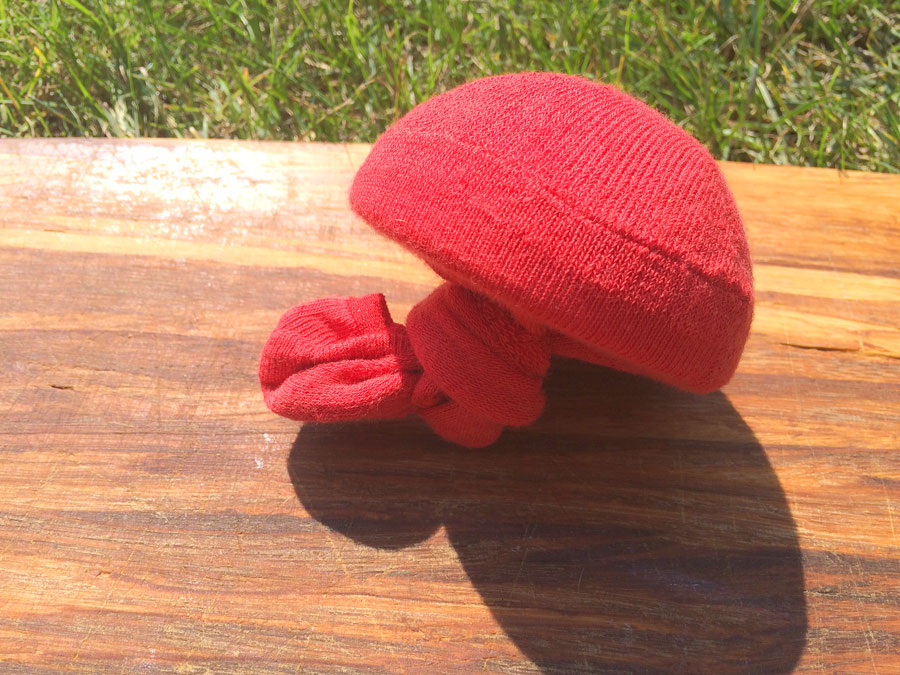 Carefully insert the excess sock material (including the knot) inside the cardboard roll. The knot will create tension and fill up the space inside the roll, and this will hold the two pieces together when the Toadstool Ornament is hanging from the tree. And it doesn’t even require any glue! 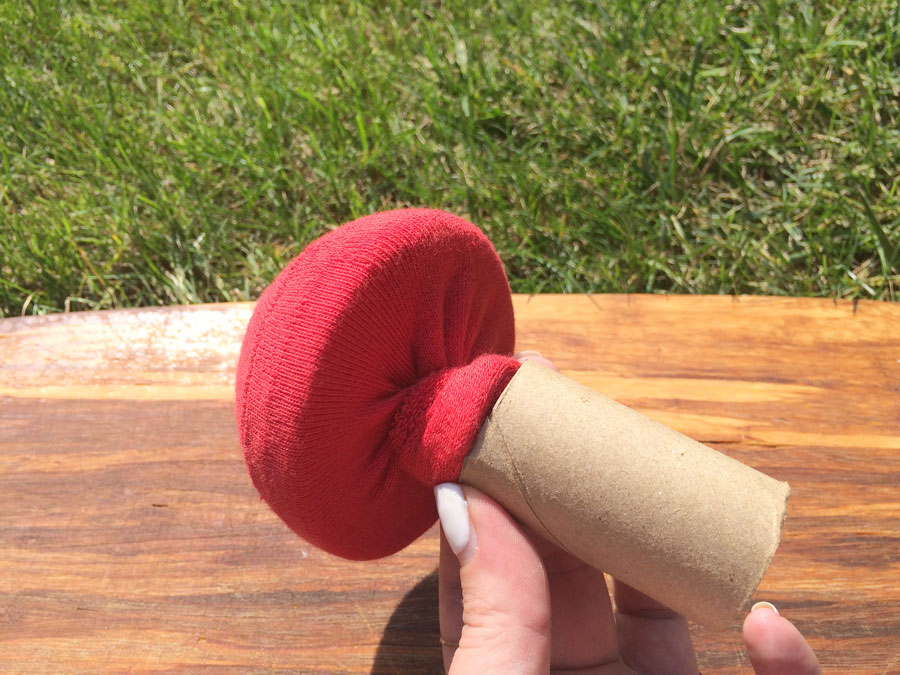 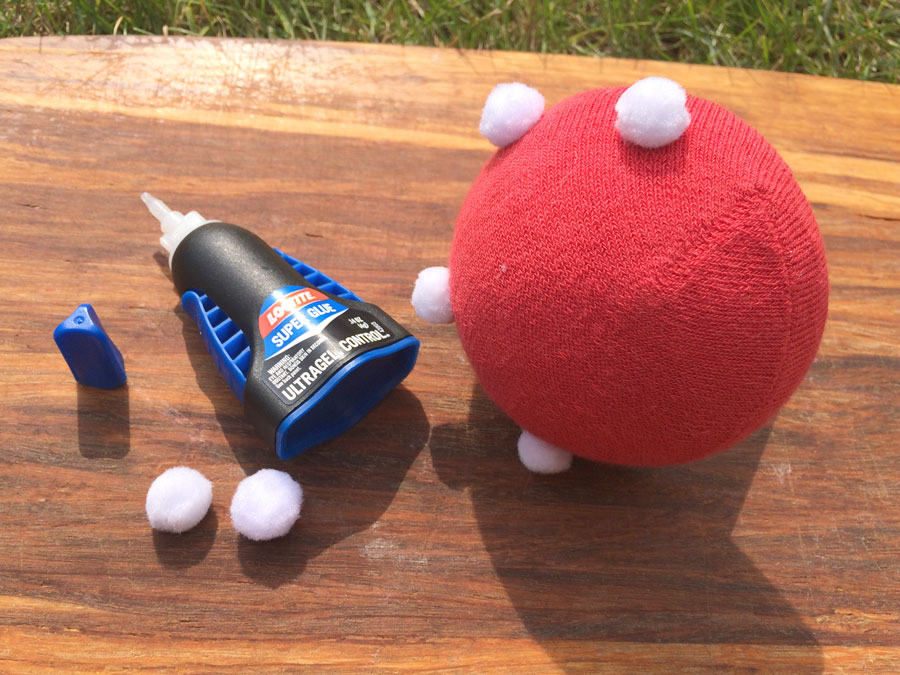 Sometimes the ornament hanging ribbon can look out of place and stand out, but not on this Toadstool Ornament! We’re going to camouflage this into the design of the ornament using color coordinating red ribbon and a sewing pin with a white top that blends into the white pom pom. After it’s all put together, it will almost look like a kabob skewer made of craft supplies!

In order to create this, take the sewing pin and pierce the sharp tip through the center of the white pom pom, then again through the red ornament loop ribbon. Finally, pierce the remainder of the sewing pin into the top of the mushroom cap. Remember, this is made of floral foam, so it should stay in there nicely! 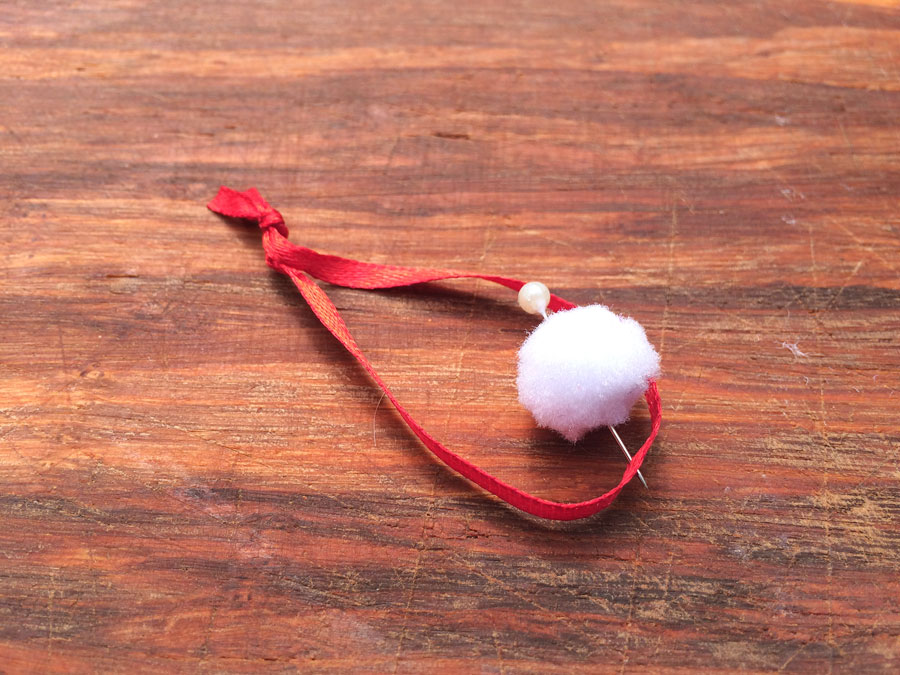 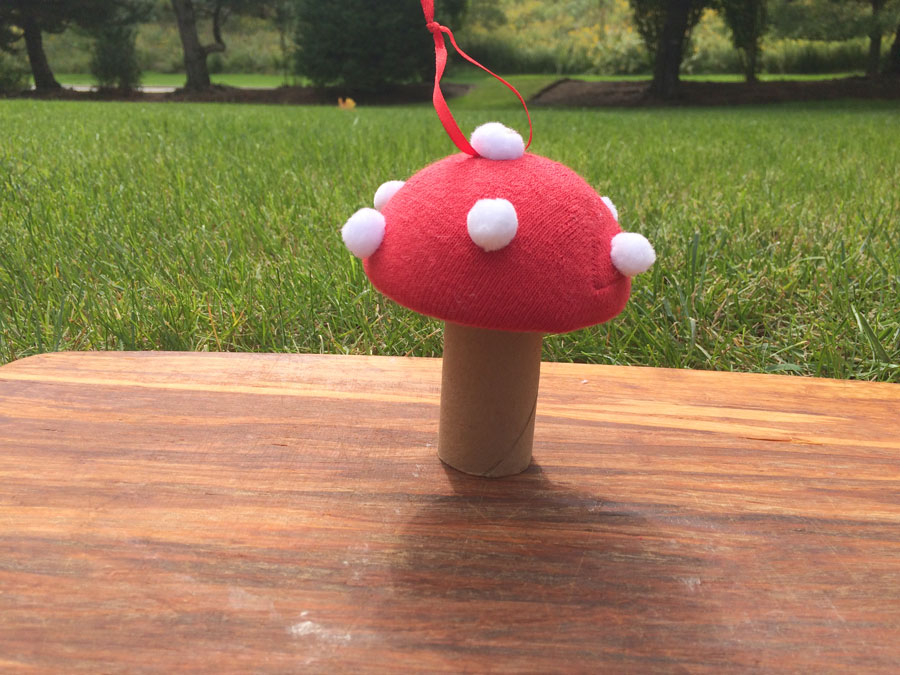 Toadstools are very popular in pop culture these days. For example, the Mushroom of Life that returned Alice back to her regular size in Alice in Wonderland. And, Super Mushrooms in the Super Mario Brothers video game that make Mario grow to his full-sized self. And even the popular hobby of creating Fairy Gardens. Pick up a personalized ornament that complements your new DIY Toadstool Ornament and completes the theme of your tree!