World Penguin Day is celebrated on April 25th because this is when penguins migrate northward to a nesting colony. They gather together to stave off the harsh winter weather as well as predators during mating season. Wondering what you can do to honor these flightless birds from the southern hemisphere on World Penguin Day?  Our Penguin Ornaments gave us some ideas! 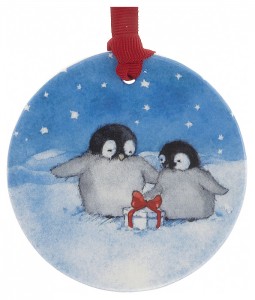 Show your awareness by wearing their signature black and white colors. This does not mean that a tuxedo is required, but wearing one in their honor could be fun! Too formal for you? Maybe wearing a black bow tie with a white T-shirt is more your style.  Check this out, one of our many penguin ornaments! 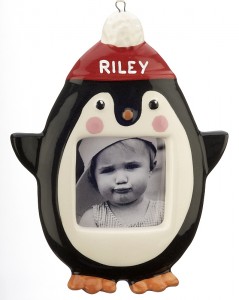 Dressing like a penguin not your thing? How about telling a cheesy penguin joke instead? Entertain your friends and family with a riddle below, but don’t be surprised if the joke elicits a groan from your audience instead of a chuckle. Drum roll please…

If those Dixie Riddle Cup sounding jokes aren’t on par with the intelligence level of your audience, try these two jokes fit for sci-fi geeks or science nerds!

Animated penguins are some of the most endearing cartoon characters on TV and in the movies. So curl up on the couch and pop in a TV cartoon episode such as Chilly Willy, who didn’t like to be cold, or Tennessee Tuxedo, who found trouble every time he escaped from the zoo. The movie Happy Feet has Mumble, a charming, tap dancing penguin the kids will love, and Toy Story 2 contains the heartwarming story of penguin Wheezy, who became a forgotten toy because his squeaker was broken. 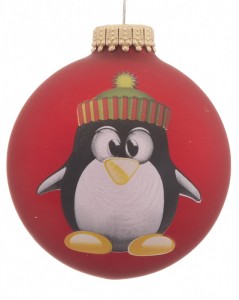 See Penguins At The Zoo

What better way to celebrate World Penguin Day than to take a trip to the zoo! Watching playful penguins interact in their habitat is an adventure. They swim like a bullet in the water, slide on their bellies and play with one another, waddling across the ice. The largest living species is the Emperor Penguin that can weigh 75 pounds and the smallest, referred to as the fairy penguin, weighs a little over 2 pounds! 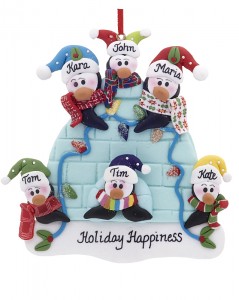 No matter how you decide to celebrate World Penguin Day, don’t forget to pick up personalized penguin ornaments for your Christmas tree this year at OrnamentShop.com!