Shop today and get a FREE baseball ornament to celebrate Opening Day 2018!

It’s not every day we get to celebrate the first day of baseball season. That’s why we’re giving away FREE baseball ornaments when you SHOP TODAY while supplies last!

As you get ready to watch America’s favorite pastime, stop by OrnamentShop.com and browse to find your favorite MLB teams. 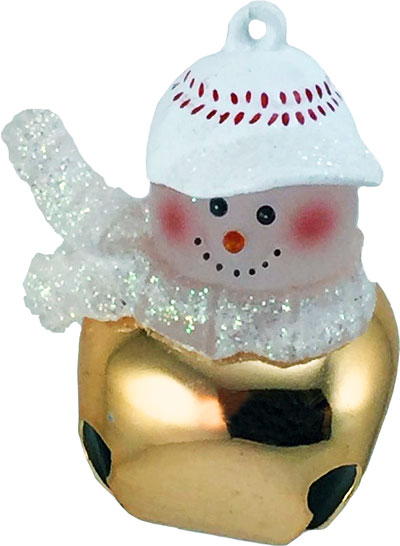 These make wonderful keepsakes and gifts to mark a child’s first ball game, your favorite team’s big win, or a historical event such as a new stadium. We’ll personalize it for free, so you can write any special name, date or brief message on the ornaments you choose. Then, we’ll add an additional FREE baseball ornament to your order, so you can reflect on all the fun you had on Opening Day 2018 for years to come.

I remember two years ago when we became World Series Champions here in Chicago with the Cubs, we were over the moon with happiness. The entire city had a massive celebration breaking the 108-year losing streak. It was such a hit that we’ve noticed there’s been a baby boom in our city, and we were ecstatic to see all the personalized ornaments for baseball-baby’s first Christmas.

I think it’s only fitting to talk about the best moments in baseball for some of the most popular teams in the league on such a historic day! Here I’ve picked out my favorite fun facts from 10 MLB teams.

It’s incredible to think about all the different MLB teams, they’re players, the fans, and all the amazing memories made together. Not to mention, all of these good times can be captured and remembered for years to come through ornaments at our family celebrations!

If we were to personalize the best moment in baseball onto an ornament, what day would you choose? Tell us in the comments below!